in conjunction with the Prémio de Artes Casino da Póvoa 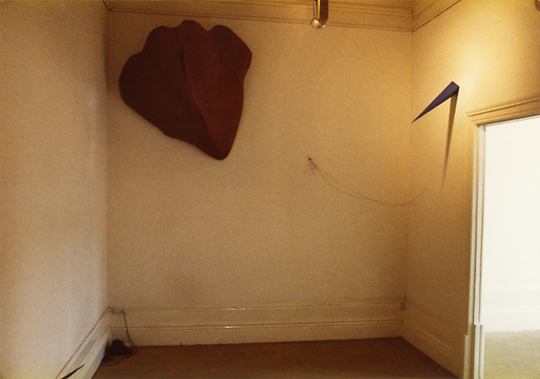 Sean Kelly congratulates Julião Sarmento on being awarded the 8th edition of the Prémio de Artes Casino da Póvoa in recognition of his artistic career. In conjunction with the prize, a monograph on Sarmento, authored by Nuno Crespo and titled Olhar Animal, will be published. In addition, Cooperativa Árvore will mount a solo exhibition of Sarmento’s work. The exhibition, Parousia, which will be accompanied by a separate catalogue, is curated by Bruno Marchand and will be on view through November 30, 2013.

Parousia features an important group of rarely exhibited Sarmento pieces from the late 1970s. Though these works are pivotal in the artist’s oeuvre, they have seldom been seen in public due to damage sustained during a fire in August of 1981 at Galeria Nacional de Belém, where some of these pieces were stored. Under the supervision of the artist, three of these works were reconstructed for the exhibition. The fully-illustrated catalogue accompanying Parousia contains an introductory text by Bruno Marchand as well as an interview with the artist.